October 14th will mark the 10 year anniversary of my dad’s death. So around this time of year I began to think of him even more often than usual. And I may be even more apt to cry than usual.

I remember that shortly after he died, it was the moments of stillness, the moments of quiet that were the most difficult. When everyone left. When the kids were sleeping. When I was alone in my car. When I didn’t have distractions. So I avoided those moments and I looked for distractions.

A couple of weeks ago I was out to breakfast with friends and we began talking about death. I of course began to think about my father. And I, of course, began to cry just a little. Teary eyed and snotty nosed, I grabbed a napkin and continued the conversation. And it passed, as it does.

When we were leaving one of my friends said he was sorry that the conversation made me sad.  And I found myself saying, “No! Don’t apologize. It’s not sad at all. It’s good that I cry. It’s actually quite lovely. It reminds me that I still miss him so much.”   And I do miss him so much. And that is both sad and wonderful.

The other day I was on the phone with a dear old friend of mine. He called to talk about about some terrific and tragic childhood events, spurred on by a blog post I had written. He said that sometimes, it was so overwhelmingly awful that he could just sit and cry. I realized in that moment that it was not awful at all.

I said,“The ability to feel things deeply means that we are not dead inside.”  We are alive and well.  They didn’t win. They didn’t get us. We have such empathy for those children that we once were that we can cry for them. And we can also rejoice in the fact that we made it through.

We made it through because we kept ourselves distracted. We found ways to keep ourselves from falling apart. We kept our minds occupied with other things, albeit not all good things. There were books and music and movies and lots of poetry. There were also addictions and risk taking behaviors. Thankfully, we had each other.

But as we grow older we are shedding our addictions and letting go of some of our distractions. As we grow older, there are more quiet moments.

He recently became an empty-nester.  The moments of stillness are upon him once again. Older and wiser(?), as scary as it may be, he can now choose to sit with these moments instead of running away from them. If he chooses to sit, I can sit with him. I’ve been practicing.

It takes a lot of practice, because sitting in stillness is not easy. I can do it now, but it used to be impossible. Forget the stillness. I couldn’t even move slowly. I wanted to run! I couldn’t stop my monkey mind for one second. I hated the silence. I didn’t want it. It’s why I thought that I would hate yoga. Because I knew that it was in those moments that I would really feel things. In those moments, I would no longer be keeping it together. In those moments I would fall apart.

It is true that in the moments of stillness we completely shut our minds and feel nothing. But in those same moments we also completely open our hearts, and feel everything. And everything is a whole lot of things. It is all of the feels. It is everything, and nothing.

Even though they are no longer, they do still live inside of me. Like my father does. The love that I have for him still grows every day. As I think of him while I raise my own kids, that love still changes. It grows and changes. It is still a living thing. Every time he comes to mind he is alive again in a sad and wonderful way. I want to nurture his memory, so the love can keep growing.  Sometimes, when I think of him, I will cry.

The bad things that happened to us when we were young are still inside of us too. Our relationship with them keeps growing and changing every time they rise up. The thoughts are still alive inside of us. They don’t have to be buried by distractions. They can be dug up in those moments of silence so we can nurture them and let them grow into what they will be. So we can grow into what we will be. And sometimes, when we dig these things up, we will cry.

We are feeling.  And we should feel it all. 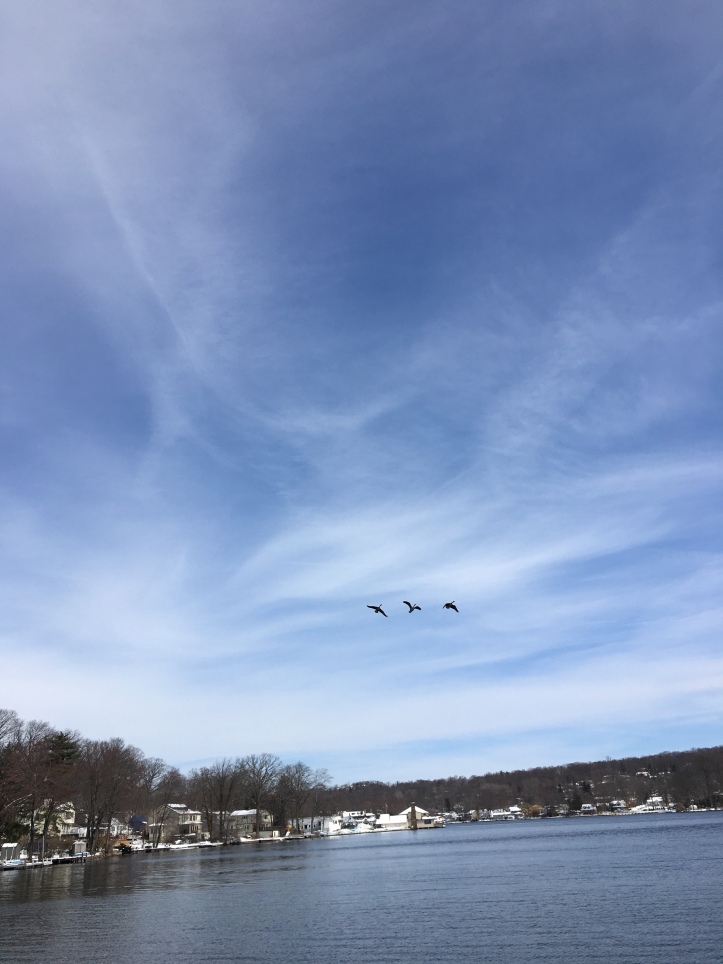 Leave a Reply to …Or Try Again Tomorrow | Skip to My Lou, My Dharma Cancel reply